We have Jason back in his room, albeit temporarily at this point...he is going to be taken for another cat scan shortly to verify everything is put back together correctly.

Upon wheeling him back in, he was still pretty unresponsive, when mom (the Peg-stir to some) called out, "You're home!" He opened his eyes and said "I'm home?!?" Then, of course we just explained back in his room-home.

He did well in surgery and has been stablized and cleaned up a little but is in a lot of pain and very very tired. He has a great new team of nurses that seem to be much more thorough and aware of his special needs at this point in the recovery. He said he was having crazy dreams coming out of the anesthesia and was relieved to know he was back in his room and hadn't broken all the rules "going under" or in post-op. He also seems to think there actually was someone in a bed next to him trying to escape! I am a little skeptical if that happened or not, but you know Jason...he loves to tell a good story!

We are letting him rest right now and waiting on the CT, but everyone seems in good spirits about his operation. I'll update again once the doctor visits or we get anymore news. I am gonna take a little breather as well now that I have him back by my side. My guess would be if you are wanting to come visit, that between 4-7 would be good hours tonight.

Thanks for all the prayers, texts, edible bouquets, flowers and food! I haven't had to leave here once to get a thing -- everyone has been taking such good care of us and we so appreciate it.

Love all around, and praise to our almighty God for having his hands over Jason during this time!
Posted by Hayley Hardcastle at 2:17 PM 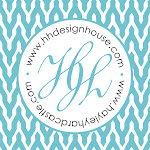